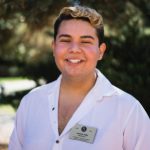 Guess what day it is? That’s right, it’s DOUBLE FEATURE DAY! Today I have not one but TWO articles for you! I hope you enjoy and stay Sunny CNH!

The Official CNH Podcast – The SunnyCast

Do you like to listen to podcasts? Learn more while you are multitasking? Well this week, the CNH District Communications & Marketing committee is proud to announce a new series and platform which CNH Circle K will be taking over – Podcasts!

The CNH District SunnyCast is going to be a weekly series, that posts each Monday at 8 AM PST / 6 AM HST and will have the main series “The SunnyCast” produced and hosted by the Communications & Marketing Committee, and additional series provided by CNH District Committees!

Tomorrow will be our first release of the SunnyCast, introducing the podcast and getting a feel for what to expect. Your host, me hehe, also calls for suggestions of future segments that you all might want to hear!

Already know what you want to hear someone talk about on the CNH District SunnyCast? Be sure to check out the CNH SunnyCast Suggestion Form today!

The SunnyCast will be available on ALL major platforms that provide podcasts, so be sure to find it, listen, rate, and share with all your friends!

It is the beginning of the new year, which means it’s the beginning of the end of the Circle K Term. Election season in Circle K can range from the Club Board to the International Board, and I wanted to provide some background on what you may want to run for and some tips and tricks that may help those of you who will be running!

Let’s break down what you can run for:

At the Club Level, various positions depending on your club. Generally, the main positions that are elected are:

At the Division/District Level, the positions focus on a broader area, working to support multiple clubs in broader geographical areas. These positions include:

Now you might be wondering, how do you run for these things?

Well, not to pull a cliff hanger but I will point you all to the February 8th episode of the CNH District Podcast, the SunnyCast for more tips and ideas on how to run for positions, how to make a good platform and campaign, and more, featuring your very own District Governor, Kathrine Thy Hoang!

I hope you all enjoyed today’s Sunspot and cannot wait for all of you to join us on our new adventure into podcasting with the CNH District Podcast the SunnyCast!

Yours in Passion & Service